For more information on the valley please head to our new website;

Habitat wise, the valley contains Darlands Lake, which is shallow and silted with willow/sallow carr at the northern end. The Folly Brook and Dollis Brook run through parts of the valley and there are additional ponds along Totteridge Lane (Long Pond) and in Mill Hill (Sheepwash Pond). There are small patches of deciduous/mixed woodland at Oakfields, Mill Hill; Holecombe Dale, Mill Hill; behind St Paul’s School in Mill Hill; and around Darlands Lake. 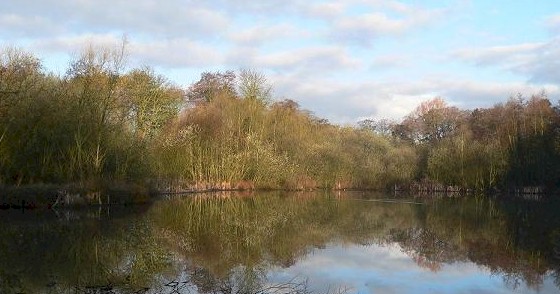 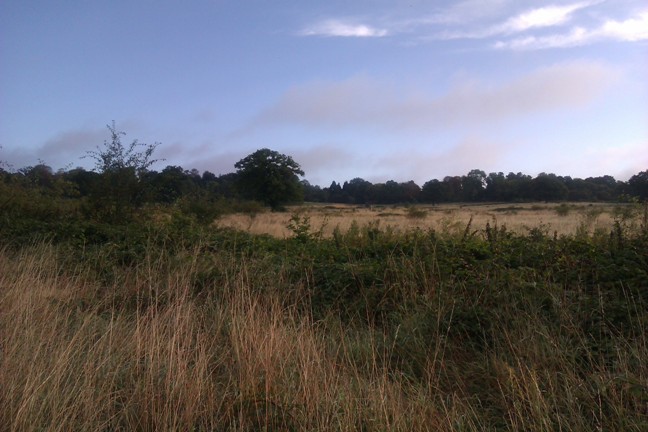 Whilst the valley lies entirely within LB Barnet, for LNHS recording purposes the valley is split with roughly equal portions lying within the old Middlesex county and the old Hertfordshire county. Basically, the land that is both west of the Dollis Brook and north of the Folly Brook is in Herts. The land south of the Folly Brook, and the land east of the Dollis Brook, is all in Middlesex. 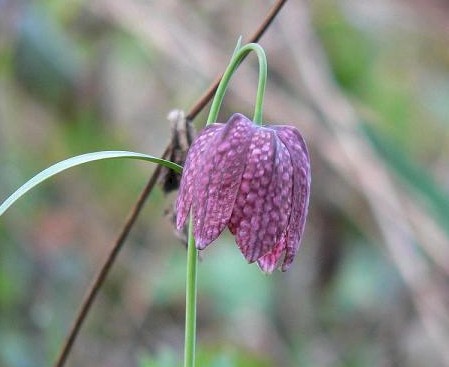 Snakeshead Fritillary, a special flower of the area (photo by Ian Ellis).

Winter: A large gathering of up to 300 gulls (mostly Common Gull) occurs most winters at Folly Farm, plus a similar number of corvids including up to 50 or so Rooks. It seems that a few Woodcock winter in the valley, although seeing one isn't easy. Siskins are usually present, sometimes in good numbers or joined by Redpolls, feeding on Alders along the brooks or around Darlands Lake, where usually 10 or so Teal spend the winter. Flocks of Redwing and Fieldfare can number 200+, especially in late winter when they feed on football pitches, arable land and horse paddocks. Occasionally a Long-eared Owl has been seen at dusk during late winter, and in January 2011 up to 17 Waxwings were in the area, part of the unprecedented national influx.

Spring: Grey Wagtails, and sometimes Kingfishers, return to the brooks. This is also the best time to have a chance of seeing a passing Red Kite or perhaps finding the ever more scarce Lesser Spotted Woodpecker (though records of the latter have virtually dried up since 2009). Several pairs of Lapwings return in March to arable fields and grasslands, while April sees the return of Swallows to the valley farms, and a chance of finding scarcer migrants including Wheatear, Whinchat and Cuckoo. More unusual migrants since 2006 have included Turtle Dove, Ring Ouzel, Firecrest, Tree Pipit and Wood Warbler.

Summer: 20+ pairs of Common Whitethroat, Blackcap and Chiffchaff, 5-8 of Lesser Whitethroats, and sometimes 1-2 of Garden Warbler, Willow Warbler and Grasshopper Warbler attempt to breed. Resident breeding species include Ring-necked Parakeet, Mandarin, Bullfinch, Kestrel and Sparrowhawk. The large oaks that mark many of the field lines and bridleways are notable for their breeding populations of Green Woodpeckers, Great Spotted Woodpeckers, Stock Doves, Jackdaws, and both Tawny Owls and Little Owls. Common Buzzards have become a regular sighting since 2009 and are likely to attempt to breed in the valley some time soon. From June up to 50 Swifts feed over the valley, sometimes attracting 1-2 Hobbies. In July 2011 a Raven was seen over the sheep fields, and Common Crossbill also recorded.

Autumn: This is the best time to have a chance of encountering passage Spotted Flycatcher, Yellow Wagtail, Reed Bunting and Stonechat, as well as another crack at the spring migrants mentioned above. Marsh Harrier and Osprey have also been seen on passage. From late September, Redwings can be heard overhead day and night, signalling the approach of another winter. In October 2011 both Barn Owl and Short-eared Owl put in appearances, although did not stay for long.

A number of public footpaths are available. The ones at the north-western end are short and cross the upper valley (see map). There are paths around Darlands Lake: access can be obtained from various points bordering the valley including from Woodside Park (along the Dollis Brook); Laurel Farm; Burtonhole Lane; opposite St Andrew's Church in Totteridge Village, and from The Close (off Totteridge Village - ignore the 'Private Road' sign as there is a public right of way through here but the Public Footpath sign is situated after you go into The Close through the 'Private' gate!).

A circular walk from Burtonhole Lane

This walk takes about 90 minutes at a typical birding speed and passes through a variety of habitats. Wellies are advisable if there has not been a significant period of dry weather. Park your car in Burtonhole Lane just past the left turn to Finchley Nursery (or walk down from the 240 bus stop near the National Institute for Medical Research). Go down past the nursery to reach the gate of Folly Farm and turn right on a fenced footpath alongside Folly Brook. Where the fenced path turns left, go straight ahead into a field and cross it diagonally to a small gate. Through the gate, continue forward on a fenced path for 300m until the path bends slightly left. At the bend you will see a hole in the fence on the right with a clear footpath leading away from it. Climb through the hole and follow the path for another 300m or so to a fork. Take the right fork, which leads round the southern side of Darland’s Lake, rather than the left fork, which follows the lake's north bank. Where the two paths meet again, turn right on a substantial track and continue a short way until it bends left. Here take a path leading off to the right, which after a while crosses the lake’s outflow stream and then follows it through a narrow strip of woodland. Eventually the path comes out into a field of rough grass with young trees. Turn right along the centre of this field, climbing over a hill and down to a band of trees through which you join another footpath. Turn right and after some 200m the path comes out onto Burtonhole Lane, which here is an unsurfaced track. Turn right and follow the lane past Burtonhole Farm and back to your car.

Retrieved from "https://londonbirders.fandom.com/wiki/Totteridge_Valley?oldid=154823"
Community content is available under CC-BY-SA unless otherwise noted.